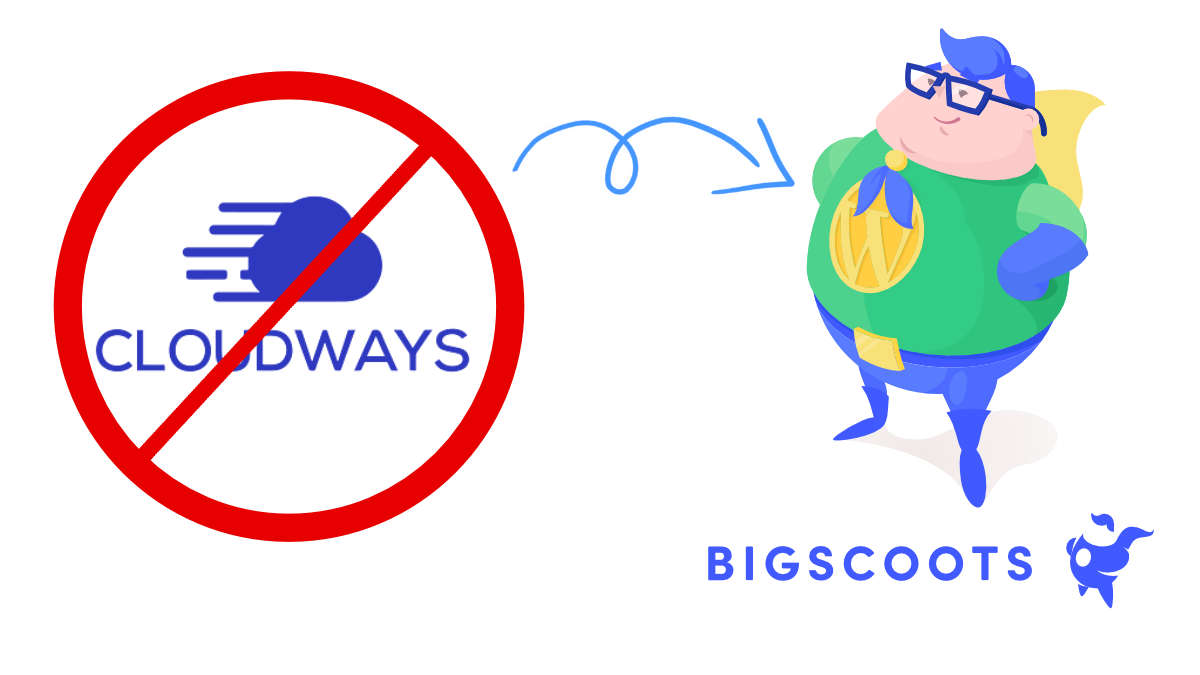 Why I Left Cloudways and Switched to BigScoots

After moving to Cloudways in 2019, and spending over a year hosting 20 websites with them, I decided to move my sites to a new host.

Many of you are just like me and rely on your website(s) for your livelihood. I want to share the details of my saga with you so that if you find yourself in a similar position now or in the future, you'll have someone else's perspective and the solution that they found.

This is going to be a bit of a wall of text, but there are some gems here for those of you who can identify with my situation.

Why I Originally Went to Cloudways

Cloudways was super hyped by a lot of youtubers and tech sites back in 2019/2020. The company made a lot of deals with affiliates and brought on some bigger names to promote them. Nothing wrong with that. I heard good things and tried it for myself.

I gave the platform a try with some of my sites that use chonky tech stacks. The kind that make the backend of WP super slow. It was remarkably faster than shared hosting like Siteground, and faster than some of the higher-end shared hosting you'd find at hosts like WPX.

But the honeymoon only lasted as long as the hype, and things began to change. It was a slow, downward spiral.

Reasons Why I Left Cloudways

I never had a good experience with the Cloudways support staff. They simply aren't true support. They are just people answering chat requests and regurgitating pre-written messages like the one I received below.

I wish I could help you with this but I can assist with these kind of issues but we will not be able to fix it for you as we are not familiar with your applications' functionalities. You can also check from here what we cover in your support scope plan: https://www.cloudways.com/en/support.php

"Not familiar with your applications' functionalities."

WordPress was my application. On WordPress hosting. On their servers.

Support was always pushing responsibility to "my developer," despite my constant reply that I do not have a developer, I am my own developer, and I'm using WordPress.

1. Errors are your fault on Cloudways

I was regularly noticing my sites slowing down. In some cases, the sites would even show errors (usually some form of 500 error) or just not load.

They would email me automated alerts about my sites maxing out the CPU usage of the plan. Their charts showing CPU usage only showed big spikes randomly. I would go 2-3 days with consistent usage under 30%, then suddenly have a few massive spikes maxing the CPU out.

I would contact support and they'd first try to tell me my sites are to blame or they can't help me, then after pushing hard that this wasn't a problem on my end they'd open a ticket and suddenly my sites worked fine again... until they didn't.

Funny how that works.

In one situation where my server was not performing well, they recommended that I monitor the site manually to see what IP addresses access it too much, then go into my .htaccess file and manually block those IPs.

Upon asking why the bot protection setting wasn't working, they had no response and reiterated that I would need to manually monitor the IP addresses daily and add them MANUALLY to the .htaccess file.

3. Site down? Not their problem.

On a completely separate account, a client of mine on Cloudways with the most basic WordPress site with less than 20 pages was randomly down for two days. Support said they're not responsible.

After sending them numerous requests, they opened a ticket. The conclusion of this ticket was that there was nothing that could be done because the site "should" be working fine.

Upon moving the site to BigScoots, that exact site functioned flawlessly without any of the server errors and has continued for the past 7 months with not a single hiccup.

Their Own Recommendations Slowed My Sites Down

According to their support, which we've already established as less-than-helpful, their exact recommendations for setting up cronjobs on their servers quote, "inundate the server with requests." The support agent recommended that I remove the settings, thus rendering my cronjobs not handled by the server at all but back onto my WP site and ignoring all the benefits of offloading cronjobs to a scheduled task by the server.

They offered no conclusion or explanation to this request.

They Ignored All Opportunities to Keep My Business

When I cancelled and received the email asking me to tell them why so they could "make it right", I took the time to write a real response with my experiences and asked if they could make it right. No response.

So, that was that.

Why I Switched to BigScoots

I moved my sites over to BigScoots in July of this year (2021). I spent two months researching the company, evaluating sites that I know are hosted on BigScoots, and talking with their staff before determining whether this was the right move for me. I wasn't moving just one site; I was moving twenty. 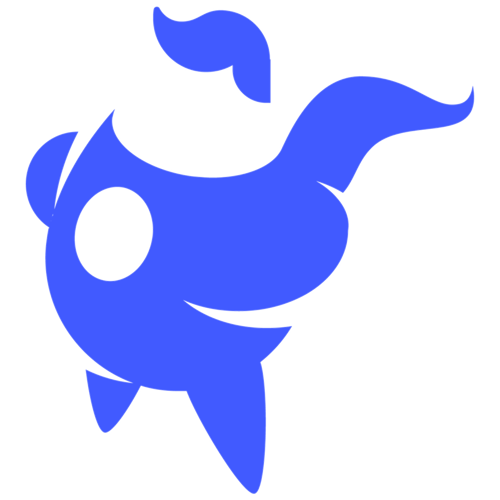 I helped a few clients move to Bigscoots in February and March and worked closely with the BigScoots team to make those moves happen and my experience was exceptional.

After spending three months with my own sites hosted on BigScoots, and finding a measurable difference and a qualitative difference, I decided it's time to tell you why.

I've interreacted with the BigScoots support team on a couple of occasions and each person I've spoken to has been quick to know exactly what the problem is and provide a solution. When they have to open a ticket, the problem is solved with an actual solution, identification of a problem, and an explanation.

As a quasi-techy guy myself, I appreciate when they give me details because I know just enough to sometimes avoid issues in the future.

With the expertise also comes speed. I need my sites working all the time, not some of the time, and I feel like I can sense their understanding of the urgency.

They also have hardware and people in North America. I think the servers are in Chicago. They put their actual hands on my server. They know their hardware.

I have had websites hosted on server since 2005 and I can't think of a single case where a host reached out to me proactively until BigScoots. That felt so comforting, and it's also part of their promise.

"We are always behind the scenes proactively monitoring and optimizing your site for performance and security - but we're also very eager to help with anything you may be having trouble with! We truly believe Managed WordPress Hosting means exactly that, it is managed and therefore our clients should never have to worry, and know for certain a team they can always count on is there for them." 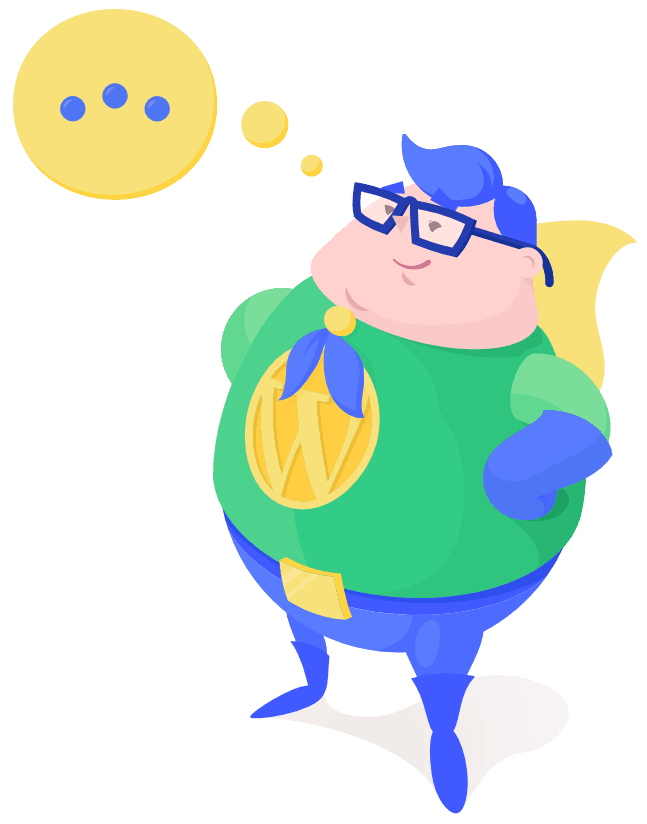 It's just words until you experience it. I experienced it. TWICE.

My sites have been rock solid. They're faster than they were at Cloudways and I have no reason to think that will change.

Katie, Scott, and Justin at BigScoots

Katie from the sales/marketing side was extremely prompt and helpful. Each time I used the website chat feature to speak with someone from BigScoots before becoming a customer, Katie answered. She gave great advice for which server to buy, and didn't try to sell me. When I had more involved questions, she asked if I wanted to speak on the phone with the President of the company!

Scott , President of BigScoots called me on the phone. I wasn't even a customer yet. I had some questions about their servers and whether or not they'd be able to handle a few WooCommerce sites and some membership/course sites. He got on a 30 minute call with me and gave me the complete rundown of their team, processes, and promises.

Justin is the guy in the trenches working behind the scenes on the servers. When I moved a bunch of my sites over, I had them do all of the migrations. There was a hiccup with two of the sites because of how the previous host had things configured in the database. Justin stepped in, fixed it, and explained it. Oh, and the two times where BigScoots was proactive? It was Justin himself emailing me.

I realize that not everyone has 20+ websites on a host, but I feel like anyone who has graduated to that "my website is serious business" stage of their entrepreneurial journey can identify with the desire to feel like someone has your website's back. You never want to worry about losing your website.

I recommend tech products and services, and create content about them, for a living. In most cases I get paid by the companies as an affiliate when you purchase after clicking on a link (like the ones I'm giving you in this post). I take that responsibility seriously because it impacts my readers / audience / community / real people / YOU. That's why I made this post.

If you purchased Cloudways based on a recommendation from me, I hope that things are working out for you! I know that many of you aren't experiencing issues at all which is awesome.

Don't switch hosts if you're not having an issue. That goes for anyone on any host. Price good? Performance good? Support good? You're good.

If you ARE experiencing issues with your hosting, check out BigScoots. That's my affiliate link and you'll save 20% on your first billing period if you use the code GHN3N1BQFY40. I'm only putting it one place in this entire post because I know that if you made it this far, this is something you're interested in learning more about.

You'll get at least one site migration included on their Starter Managed plan (perfect for a single site), and if you're like me and need 20+ sites with lots of big applications then you'll get more with a larger plan.

Need help picking a BigScoots plan? Check out my recommendations writeup. Have more questions? Feel free to comment below. I'm here to support you as well.

If you make the swap, be sure to mention Doug at Convology sent you!