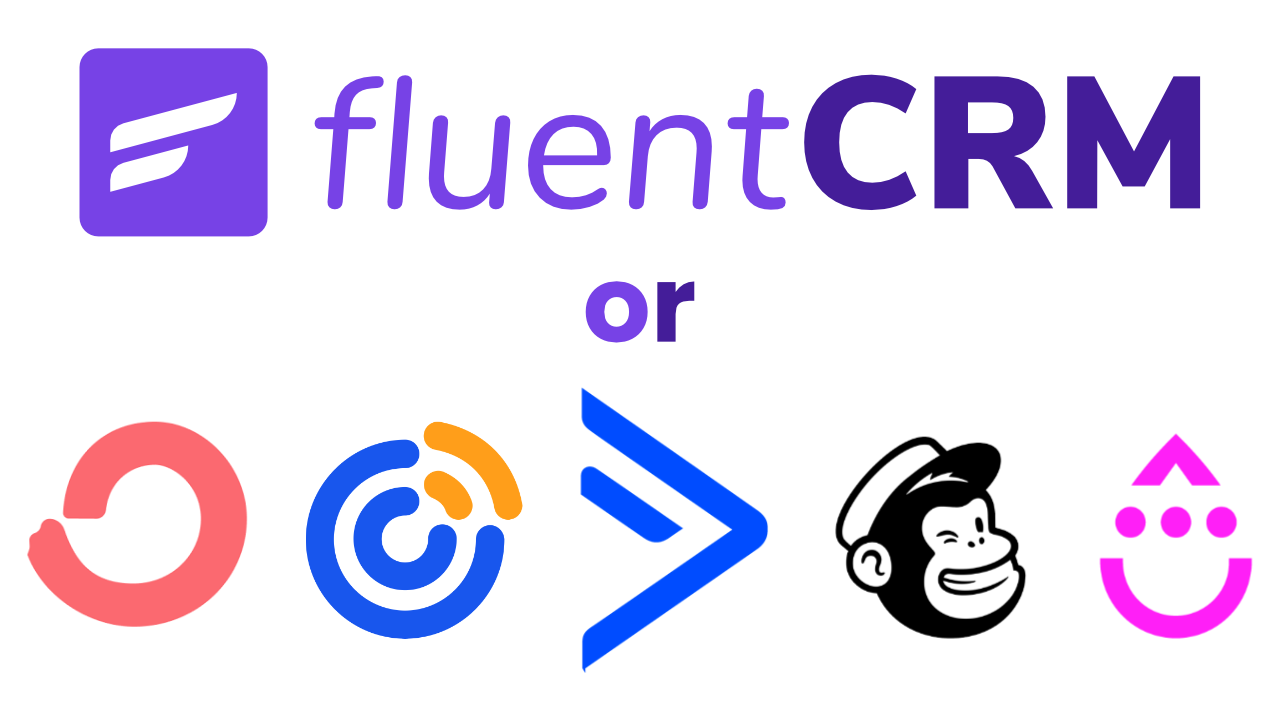 FluentCRM: Is it right for you?

Choosing the right email marketing tool is a big deal. You're investing time to get it all set up, spending money on the tool itself, then more money on tools you want to integrate with it, and then even more time again on keeping it all running.

What do you hope to get on the other end of all of that? A system that will help you grow your business or achieve whatever goal you have that requires email automation.

"Is FluentCRM right for me?" I get that question a lot while I'm guiding entrepreneurs toward the right tech stack. My reply is usually the same: "It could be." (I like that one better than "it depends.")

FluentCRM, despite its youth, has a lot lined up for it now and in its future. It's really a fantastic tool that has opened up so many doors for entrepreneurs. But it has a lot of growing up to do to play with some of the big names in email marketing automation.

This post will break down some of the key areas that I personally think matter when choosing whether or not to adopt FluentCRM.

Full transparency: I use FluentCRM for two of my businesses. I switched to FluentCRM for Convology because the savings were enormous, but I had to switch back to ActiveCampaign because of its limitations in my tech stack. I still recommend and implement FluentCRM for many of my customers on a daily basis.

One of the biggest draws to FluentCRM is the price. You're able to shed the monthly fees of a SaaS email marketing solution and simply pay for the plugin and the actual sending.

The table below shows how much FluentCRM costs at different subscriber levels. For the sake of parity, we're going to use these parameters:

This table shows us that once you break the 500 subscriber mark, FluentCRM starts to save hundreds if not thousands of dollars annually. The initial cost is higher on FluentCRM since you are buying the plugin, but after that the savings are very real, very fast.

With those savings, why wouldn't everyone on the planet choose FluentCRM? Because when you go with FluentCRM, you're also accepting some drawbacks as well. It's not all sunshine and savings.

Normal email marketing tools require setup too, but for the most part you're setting up the tool how you want to use it and it functions nearly immediately after purchase.

FluentCRM requires you to go through a few processes, some could take several days to complete. Once the techy setup is complete, most of the hurdles will be integration and bug related.

In order for your website to send emails using FluentCRM, you need to use another plugin. The two recommended choices are FluentSMTP and Offload SES. If you're sending high volume, and using Amazon SES, go with Offload SES. You'll get faster sending. Both are completely free, but using one is mandatory.

You Need a Sending Service

FluentCRM and a SMTP Plugin aren't enough. Your emails can't actually be send without connecting a sending service to your  SMTP plugin of choice. That's where Amazon SES comes in. You send emails through the sending service. FluentCRM is actually just the tool that controls what emails are sent, not the actual sending.

Other examples of sending services include Sendgrid and Sendinblue. There are several choices ranging in price, but you must use one.

I recommend Amazon SES because it's what really makes FluentCRM the cheapest option. It's the most complicated to set up, but I have a complete Amazon SES Setup for FluentCRM setup guide with video walkthrough.

Part of being a WordPress plugin still in development means you're going to run into bugs. I've run into them several times since I started using FluentCRM. They're typically patched in a few days to a few weeks. Sometimes these bugs mean you can't use a feature or have to find a workaround. A bug that held up my workflow for almost two weeks was the ability to sync users in WP and update the user's profile -- it just didn't work.

Right now FluentCRM is still in its infancy. It's a product that hasn't matured. It's still so new. That means it's lacking features that more robust email platforms, like ActiveCampaign (what I use for Convology), already have for you to use.

Below are just a couple of the features that are missing or need to improve.

Right now the email builder is based on WordPress blocks. It's simply not conducive to an email workflow. I can't use it, so I have to use the basic WYSIWYG editor. That's mostly fine, because emails should be simple, but adding things like columns and images and other basic things becomes impossible.

The developers have made public statements that they plan to improve upon this in the near future.

Update: The new builder is available and does improve upon the functionality of building emails that aren't standard text editing. However, at the time of this update the builder does have a lot of bugs.

A feature that I've started to use more often in my workflow are numeric and date calculations. In ActiveCampaign I can perform a calculation on a field inside of an automation, and then even run a conditional on it. No such features exist yet in FluentCRM. 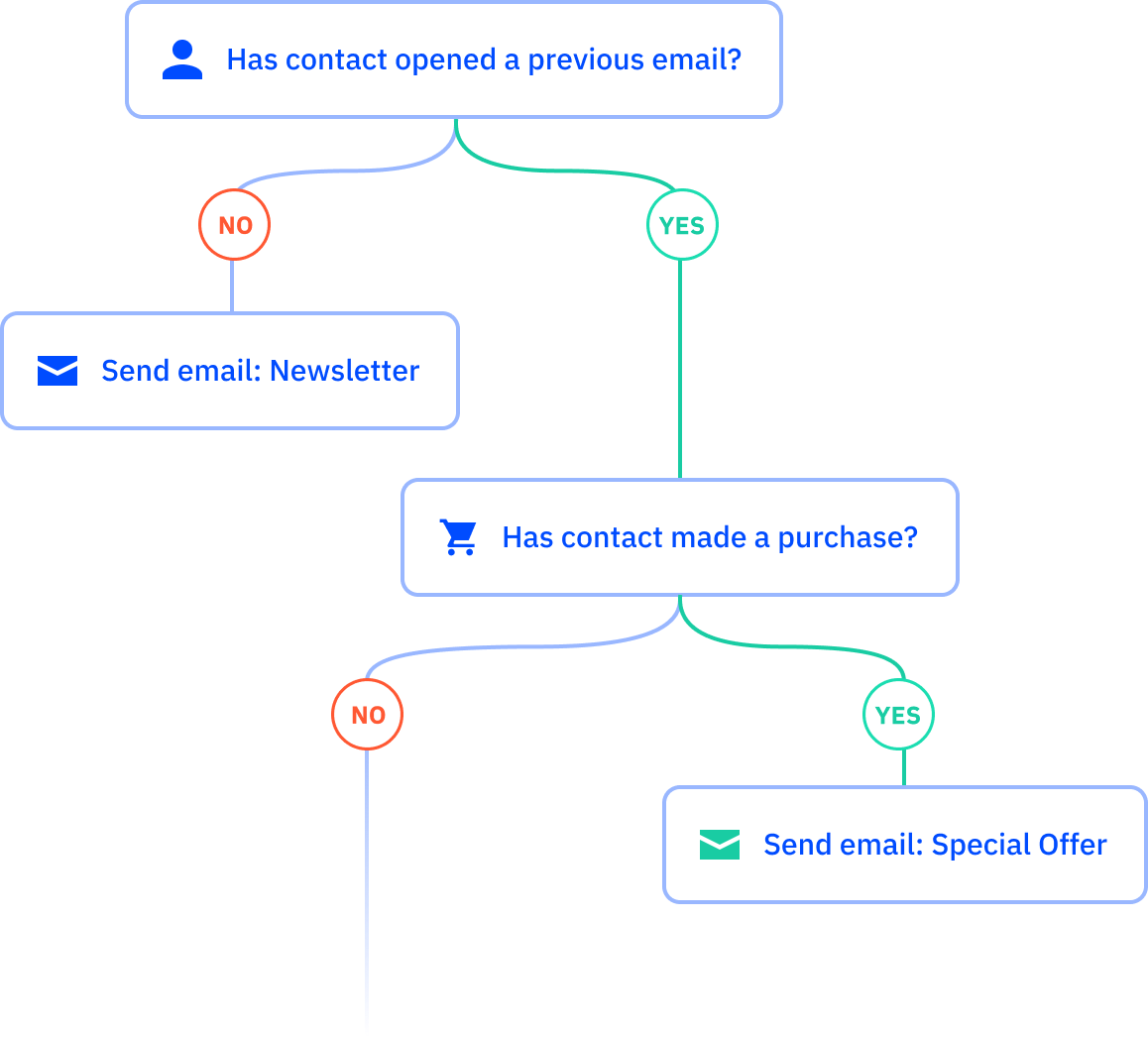 Another big issue with time-based automations is that timing relies on cronjobs from your server. This often leads to delayed or missed deadlines, which can throw off entire automations.

In ActiveCampaign I have access to several triggers that I can't do in FluentCRM:

The only triggers available in FluentCRM, outside of using WooCommerce, are list applied/removed, tag applied/removed, an user's birthday. That's a lot of tag hacking that has to occur in order to achieve anything close to the automations in other tools.

FluentCRM Lacks Integrations Outside of WordPress

One of the main reasons I switched away from FluentCRM for Convology was because I needed more robust integrations with some of the other tools in my tech stack.

I didn't want to spend hours trying to make connections work by going through something like Zapier. I didn't want a solution that felt held together by duct tape. In two particular cases, I couldn't use tools that I wanted to because I couldn't get them to integrate with FluentCRM in the ways that I wanted.

A simple example is ThriveCart.

ThriveCart natively integrates with ActiveCampaign, ConvertKit, most of the other email tools. There are some really neat deep features you can use like cart abandonment and sales triggers. In order to make any type of connection to FluentCRM, webhooks via Zapier have to be used. It works, but it's incredibly cumbersome to make webhooks for every single little thing AND have to tag-hack with them to use them as triggers.

FluentCRM released FluentConnect, their attempt at a tool to integrate with the outside world. I don't know if this project has been abandoned or what the status is, but it has stopped working on several of my sites. Probably a bug.

Contrast all of that with ActiveCampaign. Just about every tool out there has a native integration with it, and the API is so good that you can do a lot of really neat combinations and integrations without having to backdoor your way in or tag-hack.

The "CRM" Part of FluentCRM is Lacking

FluentCRM's contact profile is pretty good. It's much better than ConvertKit, MailChimp, and Drip offer. But those are just email marketing tools. When you start to compare FluentCRM against the tools that are actual CRM's (like ActiveCampaign, Hubspot, Zoho, etc.) then it's lightyears behind their abilities.

Some of the CRM features missing include:

FluentCRM Has an Impact on Site Performance

FluentCRM's lead Shahjahan has stated: "FluentCRM will max 70% of your available server memory. If it exceeds the limit it will automatically slow down."

Very basic cheap shared hosting isn't going to cut it for FluentCRM. You need a more powerful host like BigScoots in order to facilitate sending to a decent number of people.

Do you use WooCommerce?

If your site uses WooCommerce, FluentCRM is one of the better choices you have for email marketing. Having all of that data right at FluentCRM's fingertips makes for some really nice automation capabilities, segmenting, and contact profiles rich with data.

This is where I use FluentCRM the most because none of the integration limitations get in the way, and none of the other platforms can bring the data and aggregate it all as nice.

Who Should Use FluentCRM

To recap where we're at, it all boils down to the following.

What FluentCRM Does Great

The Verdict and How to Decide

If price is your primary concern and you're willing to give up features and take on some additional tech burden, then choose FluentCRM.

If you need integrations and robust automations, and time is a bigger hurdle than price, then choose something like ActiveCampaign.