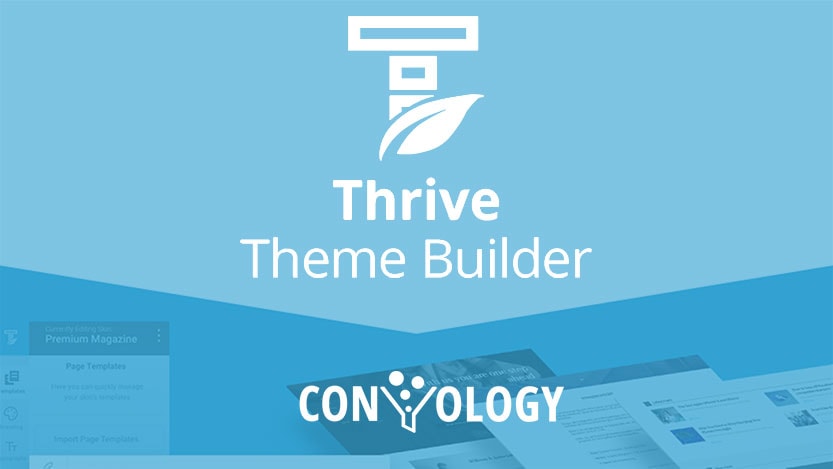 If you're a Thrive Themes member like I am, the #1 hot ticket item on your wishlist this year is a Thrive Theme Builder release date.

I think it was over a year ago that the Thrive Themes team sort of alluded to the idea that their upcoming Theme Builder was almost ready. In fact, in today's video release they admit as much. Let's check it out.

In the video, Shane outlines the following:

Why is it taking so long for Thrive Theme Builder to release?

Shane's answer can all be summed up into two words: "It's complicated."

As an alpha tester and someone who follows the development of plugins closely, I can definitely confirm that what they're working on has never been done before. I can also confirm that Thrive's true "what you really see is what you really get" approach is legitimate, and one of the biggest reasons I'm a super fan. That's also, unfortunately, one of the reasons this is taking so long.

No one wants TTB to release more than I do. I have several huge projects lined up for myself and my clients that will rely entirely upon the new Theme Builder. I'll even have to redo this entire website design (which I have already wire-framed, and it's going to be sweet!).

To quote their latest post, here's the plan for release:

Based on this release plan being less of a release plan and more of a "here's how we'll roll out getting to release," I think it's safe to assume we're not going to see TTB before Fall or Winter of 2019.

Personally, I'm intrigued by the "build a website from scratch" program. I'll definitely participate in that.

I have an entire post coming out on Rapid Implementation. It's basically the idea that you start now with what you have instead of waiting.

Waiting will only delay your start, growth, and eventual success. This is applicable to everything in digital marketing, brand building, website development, etc. As long as you plan ahead, you can always adapt to new tools and work flows.

Don't delay any longer! Start now. Contact me if you need help facilitating your next project.

This was a key point Shane made, but I think it was understated despite his efforts to emphasize how everything is tied together.

Have you noticed that when Thrive Architect gets better, Thrive Leads gets better too? As each of these tools evolve, their improvements bleed over into the functionality of the other plugins. This is one of the reasons why the Thrive Membership has so much value.

While Thrive Theme Builder will be AWESOME, I'm also a heavy user for the other plugins. I'm particularly anxious to see what they do with Thrive Apprentice and Thrive Quiz Builder. In a recent post I told you how I use Thrive Quiz Builder to radically improve my clients' engagement and conversion results.

I think there are a lot of features we can see added to TQB and Apprentice to make them even better. I have writeups on those topics coming soon as well.